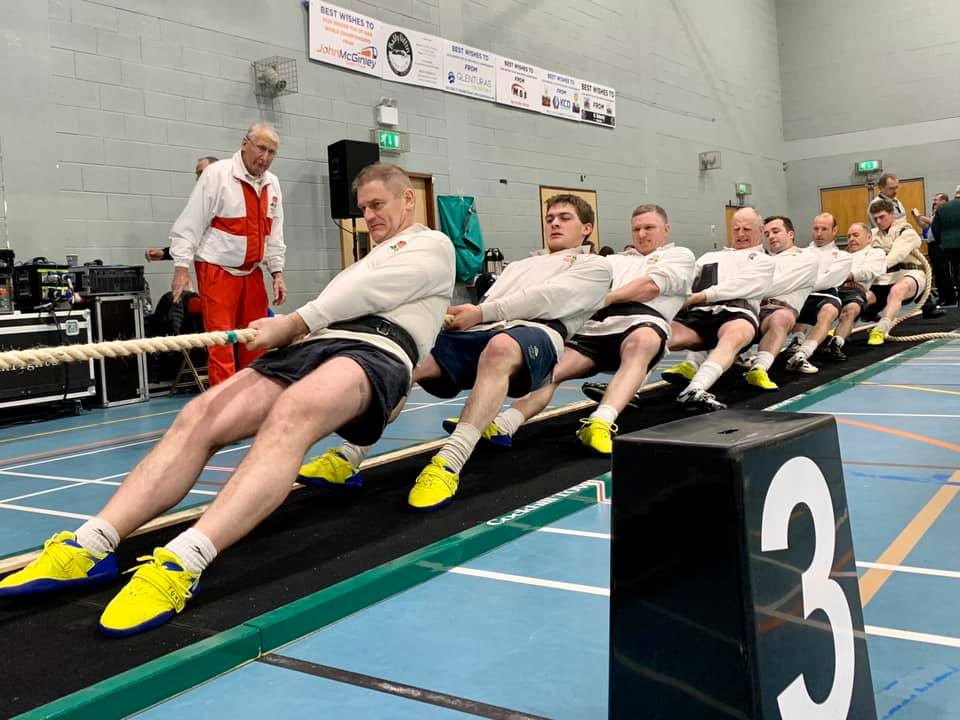 Over the weekend of 22-23 February, England took a small squad of pullers to the World Indoor Championships with Uppertown representing England in the 680kg, and England also competing in the 640kg competition with a composite teamed formed of pullers from Raunds, Uppertown, Bosley and Kilroe.

Both teams competed as well as could be expected in the circumstances with both England teams achieving 5th place. 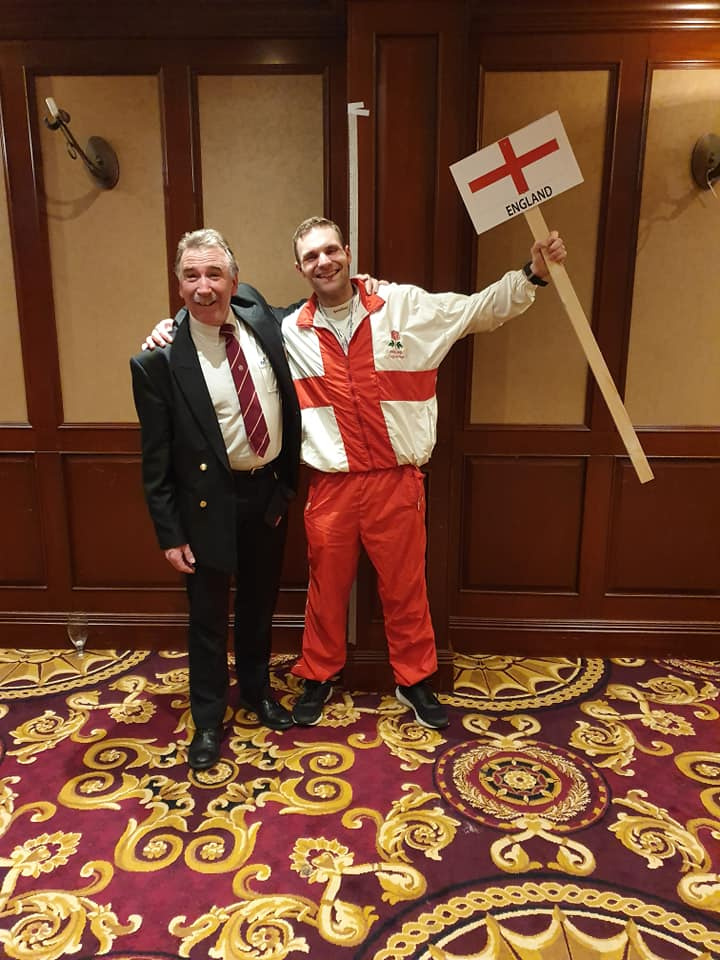 The senior mixed 580kg competition was won by the Netherlands with Chinese Taipei winning the silver medal.

The TOWA would like to thank all of those pullers from England who travelled to the event to represent their country.

A summary of all of the result from the open and closed competitions are available on our International News Page.

We really would like to see more teams and pullers having a go at indoor tug of war in England in the future, so if your club wants to take part on the indoor season in October/November this year or if you are an outdoor team  that wants to keep “rope fit” over the winter season, then please see our fixtures page for our indoor fixtures and get your teams along.

In the meantime, we now look ahead to the outdoor season, which starts with some training league competitions on Sunday 1st March. Good luck to everyone for the season ahead. Photo: TOWA Chairman / TWIF Senior Vice President Pete Dyer with England flag bearer at the World Championships Opening Ceremony Tom Knott

The schedule of international events for the next couple of years is as follows: